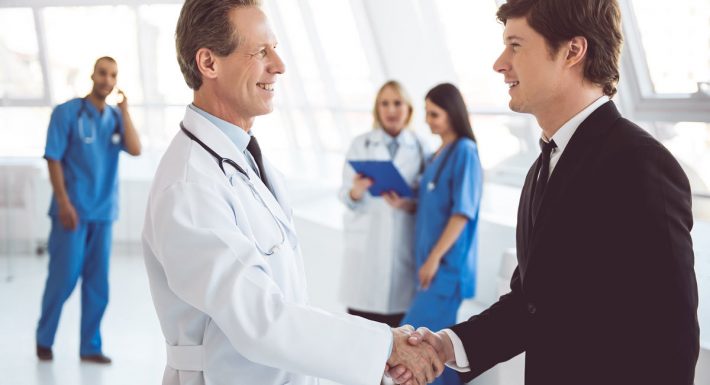 There was a day when becoming a doctor meant completing your training before returning home to open a private practice down on Main Street. House calls were normal in those days, and doctors treated entire generations of families over decades of practice. Today’s physician jobs look nothing like that.

Much of what has fueled the transition from private practices to medical group dominance is related to what the business world calls the economics of scale. It is really no different from the transition from local five and dime’s to big box department stores. Scale brings with it a lot of advantages that are hard to ignore.

Anyone who needs evidence of the economics of scale in medicine need look no further than the disappearance of private practices. AMA survey data from 2019 shows that there were more employed doctors in 2018 than practice owners. Just 45.9% of practicing physicians owned their practices while 47.4% were employed by others.

Furthermore, just 26% of doctors under the age of 40 had an ownership stake in the practices in which they worked. Given that the numbers are already two years old, it is quite likely that the downward trend in private practice has continued.

Why is that? Health Jobs Nationwide says some of it is likely due to the fact that private practice requires doctors to be business owners as much as clinicians. Some just do not want the hassles of being business owners anymore. But a stronger influence is likely the economics of scale.

There is a business side to medicine that cannot be ignored. And in any business environment, those entities with scale on their side are better able to compete. Consider retail, for example. A big box department store can offer significantly lower prices compared to a local mom-and-pop because of scale. Scale gives the big box retailer more purchasing power. It also allows them to make their money on volume rather than price.

Medicine is no different. Large medical groups comprising dozens of hospitals and hundreds of group practices are more financially efficient. They can do a lot more with quite a bit less. Individual practice owner simply cannot compete.

The economics of scale offers other advantages as well. One of them is the ability to innovate. Physician jobs limited to private practices do not offer up a lot of opportunities for innovation. Doctors do what they know day in and day out. Life is different when you are working for a large medical group.

Medical groups have financial incentive to innovate. Innovation equals profits when you’re working at scale. Thus, there is more opportunity for physicians to be directly involved with innovative projects when working for a large medical group.

Finally, one of the most important philosophical changes brought about by the ACA is the switch away from the fee-for-service model in favor of the patient satisfaction model. This new model measures a healthcare facility’s success by whether or not patients are satisfied. A big part of patient satisfaction is patient outcome.

The medical community has found it difficult to focus on the patient satisfaction model with clinicians working independently. Getting it right requires a new team mindset that just isn’t compatible with private practice. Thus, the emphasis is now on large medical groups more suitable to the team concept.

The economics of scale are very real to the medical industry. Scale has changed the nature of physician jobs over the last 20 years. It will continue to do so for the foreseeable future.